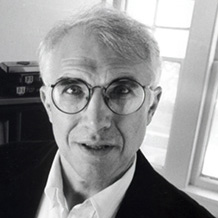 Rein’s professional achievements are many and varied. As a faculty member at Harvard University, he instructed such students as Al Gore, Lou Dobbs, William Weld, and Tommy Lee Jones in the public speaking program. He also served on Major League Baseball’s Commissioners’ Initiative for the 21st Century and was a member of the Advisory Board for Northwestern University’s Master of Arts in Sports Administration. As a part of NASA’s astronaut training program for fifteen years, he conducted public communication seminars for the astronauts and developed the in-space communication program, which included teaching in space, press conferences, and appearances in the media and before various NASA publics. In the political sphere, Rein served as a communication advisor for the campaigns of Richard M. Daley, Adlai Stevenson III, Michael Howlett, Jr., Harold Washington, Paul Simon, Neal Hartigan, Dan Hynes, and Lisa Madigan. He has also been a communication consultant to many companies and organizations, including Perkins Coie LLP, United States Olympic Committee, Attorneys’ Liability Assurance Society (ALAS), IBM, Mott’s, Ernst & Young, and the Internal Revenue Services. Internationally, he has been a speaker and consultant for a wide variety of non-profit organizations in countries like Norway, Sweden, Portugal, Argentina, and Panama.

Rein has authored or co-authored many books, which most recently include The Sports Strategist: Developing Leaders for a High-Performance Industry, The Elusive Fan: Reinventing Sports in a Crowded Marketplace and High Visibility: Transforming Your Personal and Professional Brand.